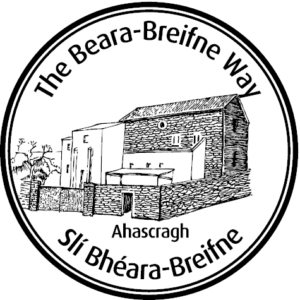 Ahascragh is a small village with a population of 250, located in East Galway

St. Cuan is the Patron saint of the village, and death is recorded in the Annals of the Four Masters in 788 A.D. Also in the Annals of the Four Masters, there is reference to the Battle of Ahascragh in 1307, which took place between the English forces and the O’Kelly Chieftains. Nowadays, the village can aptly be described as a typical bit of old Ireland, with many characteristics of the past.

The village is steeped in history and folklore, including the following attractions. The Old Graveyard is an ancient church, which during the Penal Times ceased to be used. The graveyard is still in use today. The “Avenue” – originally the entrance to Castlegar House and nowadays is used extensively as an area for nature walks and as a general amenity area.

A 17th0century Church of Ireland is called St Catherine’s Church. Ahascragh Mills was opened in the 1810s, and it ceased milling in the 1950s. Other places of interest include English Abbey, St Cuan’s Well, Chaplefinnerty, Castlefrench, Clonbrock House and Castlegar.

Ahascragh is part of the ancestral home of the O’Kellys and forms a stage of the Beara-Breifne Greenway which is based on the historic march of O’Sullivan Beara in 1603.