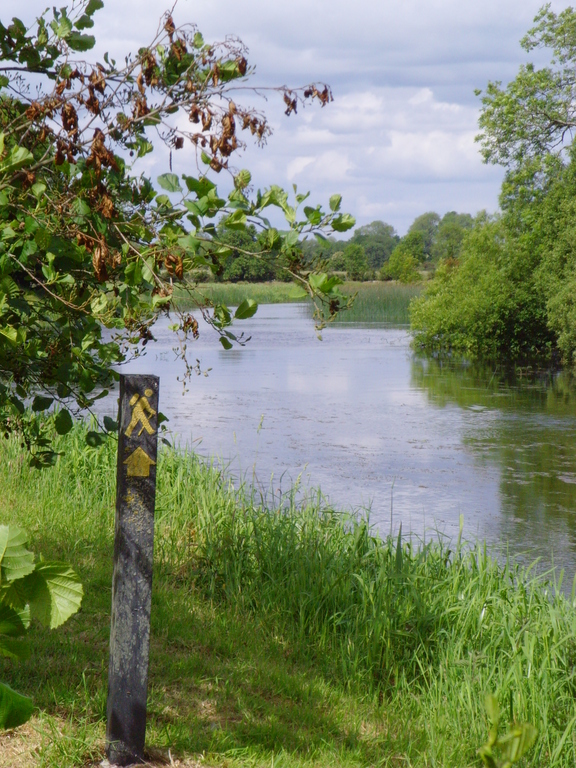 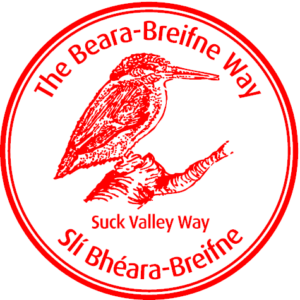 The Suck Valley Way is a long-distance trail. It is a 105-kilometre long circular route that begins and ends in Castlerea, County Roscommon.

It is typically completed in five days. It is designated as a National Waymarked Trail by the National Trails Office of the Irish Sports Council and is managed by Roscommon County Council, Roscommon Integrated Development Company and the Suck Valley Committee.

The Way was devised by the River Suck Valley Development Cooperative, which was formed in 1991 to develop tourism in the region. It took three years to develop.

It was officially opened in May 1997 by Enda Kenny, Minister for Tourism and Trade.
The trail circles the countryside around the valley of the River Suck south of Castlerea, which straddles the border between Counties Roscommon and Galway, taking in the “Nine Friendly Villages” of Ballintober, Dunamon, Castlecoote, Athleague, Mount Talbot, Ballygar, Creggs, Glinsk and Ballymoe area.

The section of the Suck Valley Way from Ballygar to Ballymoe forms part of the Beara-Breifne Way, a walking and cycling route under development, intended to run from the Beara Peninsula, County Cork to Breifne, County Leitrim, following the line of Donal Cam O’Sullivan Beare’s march in the aftermath of the Siege of Dunboy 1602.

As you walk the Suck Valley section of the Beara Breifne Way, collect your passport stamps in each of the following locations. Click to find out more about each of the locations you’ll visit on your route.