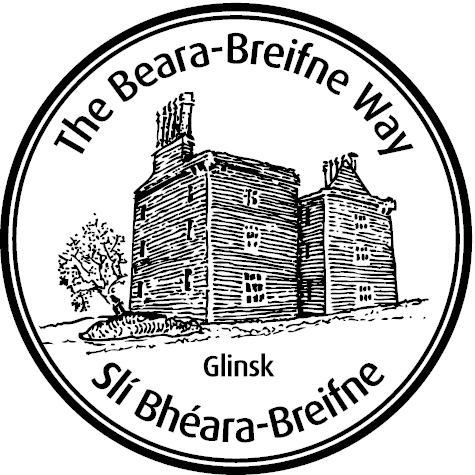 Glinsk is situated in the north-eastern corner of Co. Galway in the valley of the River Suck

The area consists mainly of limestone and there are also large areas of raised boglands. Lakes connected with River Suck provide an ideal resource for the coarse angler.

Glinsk Castle is reputed to be the ‘last castle’ built in this country, stands as an impressive reminder of the architectural skills and styles of the Norman era. It is a National Monument under the guardianship of the Office of Public Works. The Castle was the principal residence of Mac David Burke, lord of Clonconway. It was built in the mid 17th Century on the site of an earlier Castle. The landed gentry of Ireland at the time were starting to build housed instead of Castles. Actually, a Tower House, it is an important example of this transformation from castle to house.

Glinsk is part of the ancestral home of the Burkes and forms a stage of the Beara-Breifne Way which is based on the historic march of O’Sullivan Beara in 1603.