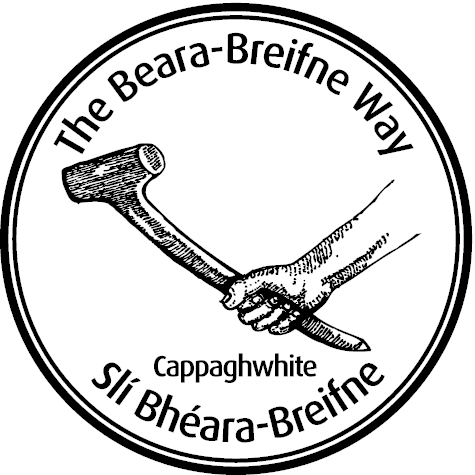 Situated north of Tipperary Town, west of Cashel, south of Nenagh and east of Limerick City. It can best be viewed by walking, cycling of driving the Raparee Drive (56 kilometre/35 miles) which commences in Tipperary Town and passes through historical villages of Donohill, Annacarty, Dundrum, Hollyford, Cappawhite, and Toem before ending back in Tipperary Town.

The area is well known for its association with historical events down through the centuries. It has ancient pattern wells, forts, motes and antiquities from pre-Christian and medieval times down to traces of the last century’s fight for Irish freedom.

In the 17th century, “Eamonn an Chnoic” – Ireland’s own “Robin Hood” – roamed the hills righting the wrongs of the under-privileged native Irish. This type of outlaw was known as the “Irish Raparee”. Legend claims that his cave and burial place, is located in the hills between Hollyford and Cappawhite.

For those interesting in walking the Greenfield’s Park walks are ideal for a family afternoon trip. There are plenty of local hill walks with panoramic views of seven counties for the more enthusiastic walker.

There are three hill walks of various lengths and joys. The red hill walks which reaches the height 1447 feet (400 metres) has a panoramic view of several counties, depending on the weather. These walks are in the general region where the Raparee, Ned of the Hill, who was better know as Eamonn an Chnoic, had his cave and burial place.

The Greenfield walk offers more flat land and goes by an ancient road in Glassdrum down to Greenfield Wood, which was once the demesne of the Purefoy family. The landlord, Purefoy, planted special trees and shrubs for butterflies in this 80-acre woodland park, with its beautiful walks and lakes. The two longest walks allows one to go back in time and travel over some of the ” Old Church Walk” which the landlord used to go from his residence to the local Church of Ireland in Aughacrew (since demolished).

Ned of the Hills ( circa. 1670-1724 )
The woods and valleys of these Hills were roamed by Irish Outlaws who were a type of Robin Hood and were know as Raparee’s. The most famous of the Raparee’s was Ned of the Hills, better know as Eamonn an Chnoic.

To find out more about the route, accommodation or local services, contact the Multeen Way via our contact form, or at: