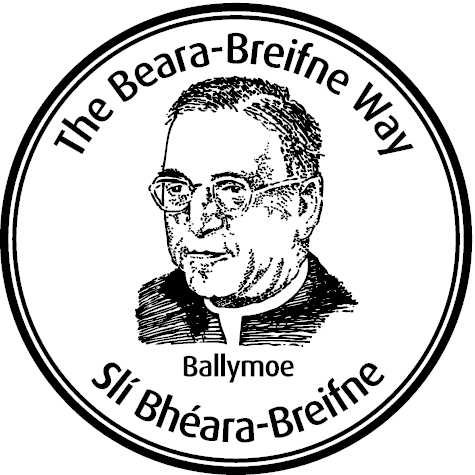 Ballymoe (Béal Átha Mogh) is a small, rural village nestling on the Galway-Roscommon Border, beside the River Suck

To the north of Ballymoe lies the town of Castlerea, to the south east lies Roscommon town, and to the south west lie Tuam and Galway city.

The name of Ballymoe is derived from a fort, which was erected by Queen Maeve of Connaught on the river Suck, under the command of Mogh. Later the fort and village became known as Átha Mogh Mór and later Béal Átha Mogh.

The area around Ballymoe displays examples of natural history such as raised bogs, as well as forts, and a mass rock from Penal times. Despite the small size of Ballymoe, it has nevertheless produced many notable individuals down through the years, and has a long and varied history.

Kilcroan cemetery also hosts other important aspects of history such as the magnificent vault in which repose the remains of the Most Rev. Dr. Burke as well as the remnants of the old forts and the Mass rocks from Penal times.

Ballymoe is part of the ancestral home of the Burkes and forms a stage of the Beara-Breifne Way which is based on the historic march of O’Sullivan Beara in 1603.